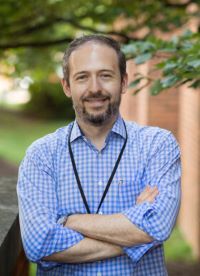 Jonathan (Jony) Kipnis, PhD’s research group focuses on the complex interactions between the immune system and the central nervous system (CNS). The goal is to elucidate the cellular and molecular mechanisms underlying these interactions in neurodegenerative, neurodevelopmental and mental disorders as well as in physiology (including healthy aging).

Kipnis’s research team showed the brain function is dependent, in part, on the function and integrity of the immune system and immune molecules (cytokines) can play neuromodulatory roles. The fascination with immunity and its role in neurophysiology is what brought the team to a breakthrough discovery of meningeal lymphatic vessels that drain the CNS into the peripheral lymph nodes and thus serve as a physical connection between the brain and the immune system. This finding challenged the prevailing dogma of CNS being an “immune privileged organ” and opened new avenues to mechanistically study the nature of neuroimmune interactions under physiological and pathological conditions. The implications of this work are broad and range from Autism to Alzheimer’s disease through neuroinflammatory conditions, such as Multiple Sclerosis.

Kipnis graduated from the Weizmann Institute of Science in Israel, where he was a Sir Charles Clore scholar and a recipient of a distinguished prize for scientific achievements awarded by the Israeli Parliament, The Knesset. In 2018 he received a prestigious NIH Director’s Pioneer Award to explore in more depth neuro-immune interactions in healthy and diseased brain.

Kipnis joined the University of Virginia faculty in 2007 and subsequently became chair of the Department of Neuroscience. As of July 1 his lab has relocated to Washington University in St. Louis.

Rejuvenation of Aged Tissue Regeneration and Function: Muscle as a Model 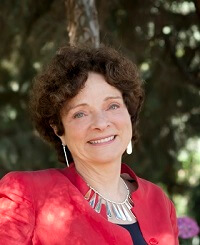 Helen Blau, PhD's research area is regenerative medicine with a focus on stem cells. She is world renowned for her work on nuclear reprogramming and the demonstration of the plasticity of cell fate using cell fusion. These studies provided the scientific underpinnings for mammalian cloning and induced pluripotent stem cells. Blau also led the field with novel approaches to treating muscle damaged due to disease, injury or aging. Her lab pioneered the design of biomaterials to mimic key features of the in vivo microenvironment or niche, and direct stem cell fate. A major focus of her current work is the rejuvenation of muscle stem cell function to enhance muscle repair in the aged. Her research has enhanced muscle stem cell-based therapies and led to the discovery of novel molecules and strategies for targeting stem cells in situ for the treatment of muscle wasting in disease and aging.

She received her BA from University of York in England and her MA and PhD from Harvard University. Selected awards and honors include the Senior Career Recognition Award of WICB of the American Society of Cell Biology; the FASEB Excellence in Science Award; an Honorary Doctorate from the University of Nijmegen, Holland; a Nobel Forum Lecture at the Karolinska Institute in Stockholm, a Rolf-Sammet Fonds Visiting Professorship at the University of Frankfurt, an invitation to give a plenary talk at the 400th Pontifical Academy at the Vatican and an audience with Pope John Paul II, a Fulbright Senior Specialist awards to study and teach at the Institut Pasteur and at the Institut Curie in Paris, the AACR-Irving Weinstein Foundation Distinguished Lectureship for innovative science, and membership in the Stanford Inventor Hall of Fame.

The ARVO/Alcon Keynote Series is sponsored by the ARVO Foundation through the generous support of Alcon.