This award for young investigators working in areas of translational research honors Dr. Carl Camras, who is highly respected for his work as a glaucoma specialist and a research scientist. He is most widely recognized for developing prostaglandin analogues for the treatment of elevated IOP in patients with glaucoma. During his distinguished career, he took a personal interest in developing the next generation of eye and vision researchers.

Up to three awards of $12,000 each will be presented annually. This award, which was established in 2010, is supported by Pfizer Ophthalmics through the ARVO Foundation.

Eligible nominees include young researchers who are 45 years of age or less at the time of nomination. Eligible nominees will have exhibited excellence in research and their fundamental scientific discoveries, concepts and novel technologies. Their discovery or observation must have led to, or have the promise of leading to, clinical application.

Other specific eligibility requirements for the nominee and the nominator include:

NOTE: Research that has possible translational implications at a later stage of development, such as snp polymorphisms associated with disease that have not yet lead to interventions, are not appropriate for this award. 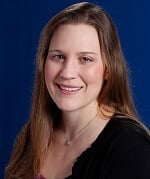 Carl B. Camras, MD was a clinician-scientist best known for developing prostaglandin analogues for the treatment of glaucoma.
A chronological listing of past Pfizer Ophthalmics Carl Camras Translational Research Award recipients.