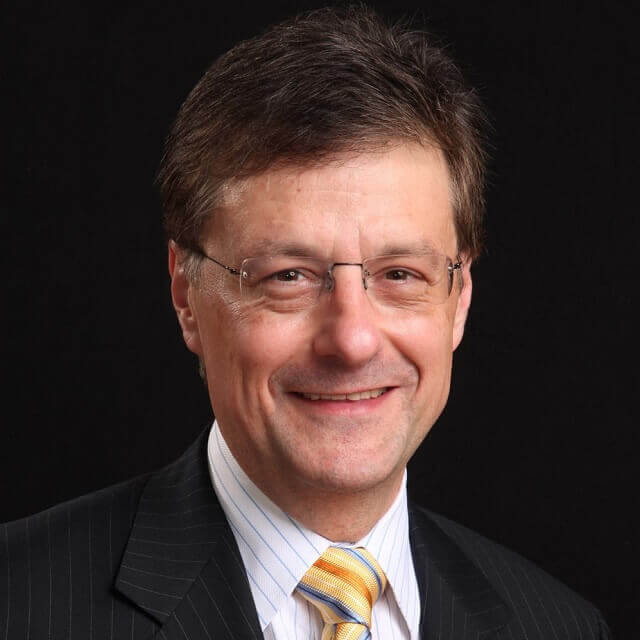 Richard F. Spaide, MD, is a specialist in retinal diseases and has published over 300 articles in peer-reviewed journals, more than 50 book chapters and edited several books. He is a graduate of Muhlenberg College and Jefferson Medical College in Philadelphia. He completed his ophthalmology residency at St. Vincent's Hospital and Medical Center in New York and his retina fellowship at the Manhattan Eye, Ear and Throat Hospital. His major research interests include macular diseases, retinal surgery and ocular imaging. Past highlights in his published papers include indocyanine green angiography, fundus autofluorescence, characterization of central serous chorioretinopathy, application of mechanical engineering principles to macular hole formation, development of concepts concerning oxidative damage and characterization of lipid peroxides in Bruch's membrane, the combination of photodynamic therapy and intravitreal triamcinolone for age-related macular degeneration and development of new methodologies to image the retina and choroid. His current research interests include multimodal imaging, optical coherence tomography angiography and new computer-based rendering techniques to visualize retinal anatomy.

Spaide has been cited in multiple Who's Who and Best Doctors lists and has received many awards, including the Richard and Linda Rosenthal Foundation Award in the Visual Sciences, Prix Soubrane de la Recherche en Ophthalmologie, Award of Merit from the Retina Society, Henkind Award, Coscas Award, Nataraja Pillai Award from the Vitreoretinal Society of India, W. Richard Green MD Award, George Theodossiadis Award from the Greek Retinal Society, Founders Award from the American Society of Retinal Surgeons, Life Achievement Honor Award from the American Academy of Ophthalmology, the Simon Gratz Award from Thomas Jefferson University, Roger Johnson Memorial Award for Macular Degeneration Research, J. Donald Gass Award and Doyne Medal. He is a Fellow of the Association for Research and Vision in Ophthalmology. He is on the editorial board of several journals, an associate editor of the journal Retina and a former executive editor of the American Journal of Ophthalmology.

The choroid is a new frontier for ocular imaging. It has the highest blood flow of any tissue of the body and delivers prodigious amounts of oxygen to the outer retina, a structure with the highest metabolism. The choroid is also thought to act as a heat sink and participates in immune responses as well. The choroid is a difficult structure to image as ultrasonography has a low axial and lateral resolution, fluorescein angiography is constrained by light absorption and scattering and indocyanine green angiography has poor resolving power and no depth information. Optical coherence tomography (OCT) has the potential for fast, high resolution, depth-resolved images. However, OCT is limited by factors including scattering and absorption of light and roll off in sensitivity with depth. OCT angiography has these limitations, as well as motion and projection artifacts. Creative solutions have enabled some of these problems to be at least partially addressed. The ultimate destination of choroidal blood flow in the choriocapillaris, a dense network of capillaries that have proven to be particularly difficult to image.