Meet the 2021 CO, EY and LE Board of Trustees-elects

Sophie Deng, MD, PhD - It is my pleasure to nominate Sophie Deng, MD, PhD, to serve on the Board of Trustees of the ARVO Cornea Section. Dr. Deng is a professor, Joan and Jerome Snyder Chair in Cornea Diseases at the Stein Eye Institute, Department of Ophthalmology, University of California, Los Angeles. Dr. Deng is a skilled corneal surgeon and a productive scientist who has made fundamental and significant contributions to the science of cornea and limbal stem cells. Dr. Deng’s work on corneal transplantation and limbal stem cell deficiency (LSCD) have raised the standard of care of these patients. Dr. Deng has held several leadership roles. She co-organized the LSCD International Working Group, which established the first global consensus on the definition, classification, diagnosis, staging and management of LSCD. She has served on the AMPC of the ARVO Cornea Section, and is the Scientific Program Chair and a member of the Board of Directors of the Cornea Society. Dr. Deng has been elected as the co-Chair of the 2022 Gordon Research Conference on Cornea and Ocular Surface. Dr. Deng provides valuable services to the scientific community including serving on NEI study sections and editorial board of several journals. Her unique background, expertise and leadership experience make her an excellent candidate representing the Cornea Section for the ARVO Board of Trustees.

Joseph Demer, MD, PhD - I nominate Joseph L. Demer, MD, PhD, for EY section ARVO Trustee. As an active member of ARVO since 1979, he currently serves on the editorial boards of InvestigativeOphthalmology & Visual Science and Journal of AAPOS, is an editor of Strabismus, and previously served ARVO as EY Program Committee member and double term chair, and Awards Committee member and chair. Joseph Demer is the Arthur Rosenbaum Professor of Pediatric Ophthalmology, and Professor of Neurology at University of California, Los Angeles (UCLA). His own diverse research in orbital anatomy, ocular motor mechanics, strabismus, neural control of eye movements, optic nerve disease, amblyopia and myopia exemplifies his strength as a candidate for Trustee. He has over 300 publications in PubMed. As chief of the Pediatric Ophthalmology and Strabismus Division at UCLA, Dr. Demer understands the vital role that a strong liaison between clinical ophthalmology and basic science plays in fostering new insights. His research laboratories have been funded by the National Eye Institute since 1985 and he is currently supported by two R01 grants dealing with eye movements. Dr. Demer’s 25-year role as founding chairman of the EyeSTAR Program at UCLA, where the goal is “to generate leaders in ophthalmology…who are as comfortable at the laboratory bench as in the examining or operating room,” demonstrates his strength as an advocate for ARVO’s members-in-training and his commitment to ARVO’s mission of fostering collaborative interactions among basic and clinical scientists.

Dr. Demer has leadership experience in service to numerous national and international committees, including vice-presidency of the International Strabismological Association that has provided valuable experience for working with ARVO’s international membership and meetings. He has been a member of the Knights Templar Eye Foundation Scientific Advisory Board since 2008. Finally, Demer’s frequent service on many NIH Study Sections over the past 30 years, as Chair of the Visual Sciences B Study Section, and as Chair of numerous NIH Special Emphasis Panels has given him keen insight into funding mechanisms for research, training, and clinical trials. As ARVO trustee, Joseph Demer will be a strong advocate for federal NIH funding for ophthalmology and vision research. 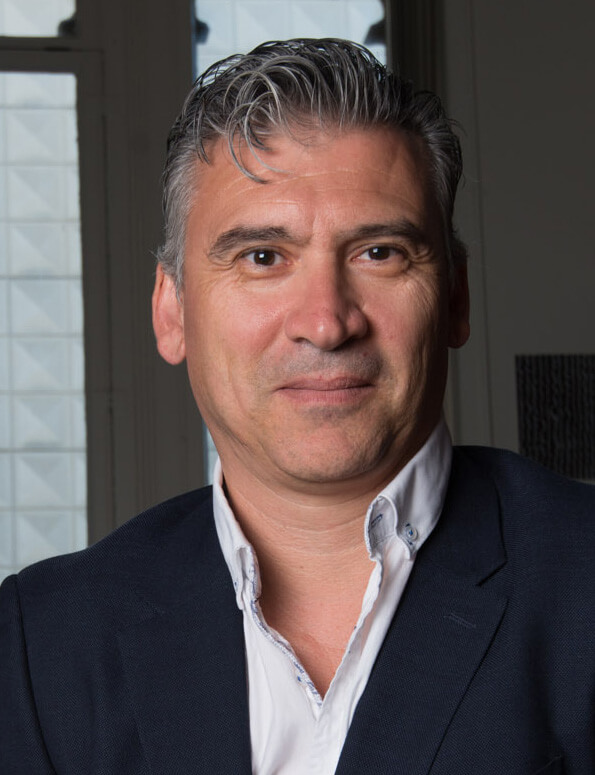 Frank Lovicu, PhD, FARVO - is a professor in the Disciplines of Anatomy and Ophthalmology at The University of Sydney, Australia. He has been active in eye research for over 30 years, researching normal and pathological biology of the lens. He has been an active member of ARVO and the International Society of Eye Research (ISER) since the 1990s. He is well respected in the lens research field and has served the community in different capacities over the years. He has authored over 90 peer reviewed publications, and contributed to four book chapters, as well as edited two ophthalmology (basic and clinical lens research) text books. He has reviewed manuscripts for over 100 different international scientific journals, in ophthalmology and visual sciences, cell and developmental biology and the medical sciences, and is currently serving as an Editor for Experimental Eye Research and Molecular Vision.

His service to the ophthalmology research community extends through his long standing membership and fellowship with ARVO, having served on the International Advisory Committee for Asia-ARVO (2015), membership of the ARVO Meeting Program Committee for Lens (2013-2015), chairing this in 2015, and his more recent role on its Publications committee (2018-2020).  He has also recently served in the ARVO mentor program. In addition to this, he has served on the ISER Membership Committee from 2010-2013, chairing the inaugural ISER Communications Committee. This was followed by his elected position to serve as ISER Vice President (Asia-Pacific, 2014-2017), and now on its Executive Council as the elected ISER Secretary (2019-2021). He also remains involved in the ISER International Mentoring Program, and regularly attends the International Conference on the Lens organized by the NFER, who recently bestowed upon him an award for his contribution to cataract research. His active participation and vast knowledge and experience in the international lens and eye community qualifies him for the role of ARVO Trustee.