Some of our donors share why they believe donating to the ARVO Foundation is a worthy cause:

"I think it's important for those of us who benefit from the organization to support it. I feel we have benefitted a lot from the collegiality — both in terms of our vision science careers and in giving us opportunities to maintain connections with people who trained with us — which continues to drive our interests in donating."
— Janey Wiggs, MD, PhD, FARVO

"At first, I thought it was not worthwhile to make a contribution to a foundation outside my country. However, the international growth of ARVO and its positive influence in Argentina, particularly in the professional development of young ophthalmologists and visual scientists, convinced me to become a Foundation donor [and a member of the Dowling Society]. The world has changed."
— Juan Gallo, MD, PhD

"It was with a sense of gratitude that I gave to the Dacheux Travel Fund. Dr. Ray Dacheux had helped me in many ways during my postdoctoral training. It felt right to give in his honor and to give in a way that helped other vision trainees. The gift to WEAVR came after a successful lawsuit settlement in which I, along with nine other senior female faculty members, received compensation for salary inequity at our school. What better way to use a small part of my return than to invest in the future career of a female vision scientist? ARVO is a community even though the members are separated by large geographical distances. I have felt supported by the community and hope I have returned the support in some way."
— Ellen Townes-Anderson, PhD

"My first experience with presenting science occurred as a student at ARVO. The openness and questioning taught me a lot over time. As a past executive vice president and former editor-in-chief of IOVS, I learned even more about organizations and the peer-review process. Donating to ARVO is a way of giving back."
— Harry Quigley, MD, FARVO

"As a previous recipient of a fellowship and grant-in-aid awards, I decided to give back to the ARVO Foundation so new investigators will also have the same opportunities that were given to me. It was something I knew I would always do: give back and [show I] appreciate the extra hand. We have made incredible advances in eye science, but there is still much more to be discovered. The ARVO Foundation needs the support of the scientific community. Even a small contribution goes a long way."
— Cintia S. De Paiva, MD

Invest in the future of eye and vision research
Donate 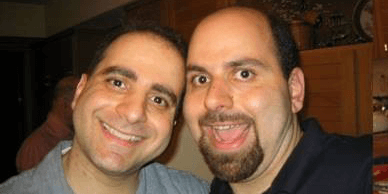