The future of eye and vision science has arrived: Artificial intelligence creates ripples of change in ophthalmology

Part 1 in a series 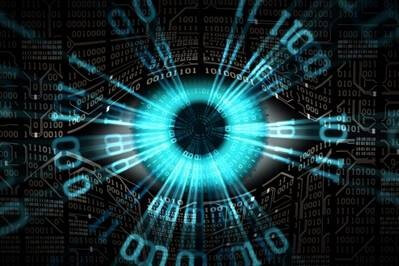 Often when people — patients and physicians — think about artificial intelligence (AI), images of self-driving cars and big data entities such as Google and Watson come to mind first. In health care, particularly ophthalmology, AI is changing preconceptions, breaking down barriers to its daily use and reducing costs and time for physicians

There are two types of AI: autonomous and assisted. An example of autonomous AI is the IDx-DR, which received marketing authorization by the U.S. Food and Drug Administration (FDA) less than one year ago — the first device of its kind in ophthalmology and any field of medicine. The IDx-DR is a diagnostic system, that allows operators with no experience with retinal imaging to take retinal images of high quality which an algorithm then analyzes for evidence of diabetic retinopathy. Because the algorithm diagnoses disease independently of physician review, the IDx-DR can be used by primary care physicians for patients with diabetes. 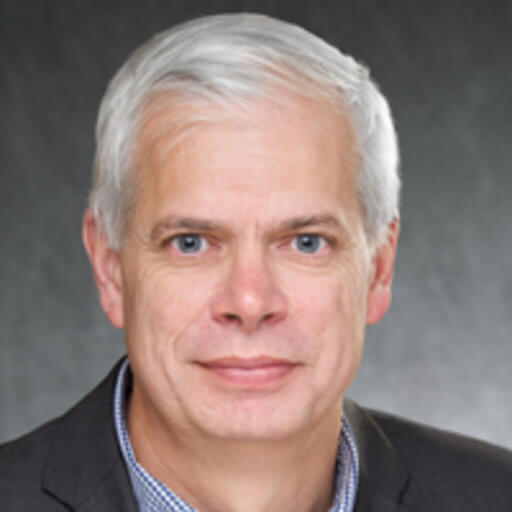 “There are approximately 30 million people with diabetes in the United States — 600 million worldwide — and ophthalmologists see less than 50% to 60% of them. With the authorization of the IDx for use in the primary care setting, the patient mix for diabetic retinopathy treatment has changed from those who currently have diabetic retinopathy to a much larger number of people who have diabetes but are asymptomatic.”

Because the ophthalmologist is completely removed from the diagnostic process for diabetic retinopathy with the IDx-DR, Abramoff is quick to acknowledge that there is a certain level of fear associated with autonomous AI. Ophthalmologists have concerns — like those of pathologists when diagnostic AI was introduced in oncology — about being replaced by an algorithm. Patients also have concerns about bias and safety.

“The potential of autonomous AI to do something really good in health care is enormous, but if something goes wrong, then there will be a backlash,” Abramoff noted. “You have to be very sure and very honest about what the technology can and cannot do. You have to focus on how to make it safe, how to make it efficient and how to make it equitable.”

Although it is very unlikely that physicians will be rendered obsolete for diagnosis and management of retinal conditions, there are more realistic concerns regarding how use of AI will affect daily practice procedures. The Home OCT, an AI-assisted diagnostic tool for macular degeneration, is a home-based optical coherence tomography (OCT) system designed to be patient-operated and used between regularly scheduled visits. Data derived from the scans obtained by the tool can be used to re-evaluate follow-up appointment intervals and validate or change disease management decisions.

According to Susan Orr, OD, CEO of Notal Vision and a member of ARVO, physicians who treat exudative eye disease are enthusiastic about the potential improvement in patient management with the incorporation of Home OCT testing, with the promise that Home OCT does not add time to patient visits. Orr emphasizes that physicians will need to learn to trust the efficacy of the AI that is critical to negating the need for doctors to review every OCT scan generated at home, for every patient, every day. The data demonstrating the performance of an AI algorithm is generated during the development phase, and like drugs and diagnostic devices, diagnostic algorithms must meet the criteria set forth by the FDA.

In clinical practice, the change to the physician’s routine will be minimal, as patients will be educated on Home OCT use by Notal Vision’s Clinical Partners and not by the physicians directly. Physicians will be encouraged to utilize technology – both to prescribe Home OCT and to access patient reports and B-scan images generated from home testing. Patients can be provided educational materials to read in the waiting area, and the physician can then explain the potential benefits of improved connectivity between the patient and their doctor in dynamic diseases where progression and recurrent disease activity cannot be predicted.

“Clearly, 15 years ago, the incorporation of intravitreal injections into retinal specialists’ practices changed the dynamics of practice management. However, this change was rapidly accommodated to deliver best in class patient care and improve the preservation of their patients’ vision. Today, all retinal specialists perform intravitreal injections as a mainstay of their practice, and future technologies that deliver value and address unmet medical needs will similarly take their place in standard of care practice.”

As important as it is to acknowledge fears about incorporation of AI into patient care, it is equally important to recognize and dismiss any erroneous assumptions about novel technology use. Orr noted that physicians tend to think about use of AI and operation of sophisticated medical devices as untenable for elderly patients because of a lack of technologic savvy. With the ForeseeHome AMD Monitoring System, Notal Vision’s first machine learning product to the market, it is rare to have a patient – averaging well over 70 years of age - who cannot perform the test due to patient-operator issues says Orr. Patients require device use education, but even the patients who are in their 90s do not have problems conducting the test. Notal Vision’s target product profile for Home OCT self-operation was exceeded in their first U.S.-based home OCT development study, where more than 90% of AMD patients with vision better than 20/400 tested on their own following a 2-minute automated tutorial.

“The reality is, in fact, opposite from the assumptions. Patients are very excited to be engaged in their own care and to be connected with their physician between office visits, and they’re not intimidated by the technology; they just want to know that the physician thinks that this is the right thing for them, and that their doctor can see their testing results,” Orr explained.

Both Orr and Abramoff have a clearer vision of AI’s future than other’s in the eye care space who have not yet participated in the regulatory processes for these novel tools. Orr believes that FDA is making great strides in creating a pathway for AI and addressing the novel and sometimes complex elements of validating an algorithm, often on multiple devices. In addition, the same algorithm may be applicable to multiple disease populations. The FDA is working closely with companies to pave the way for quicker, less costly, and more meaningful prospective (and perhaps even retrospective) clinical validation of these new tools. In Orr’s opinion, AI-driven analytics will be used not only to learn more about disease processes, but also become a backbone of clinical trials for both new and existing therapeutics in development and real-world settings, respectively.

Research into the use of AI technology can expand into many fields of medicine. In the long-term, benefits can include cost savings, quality improvements and access to patients. IDx has current prototypes for macular degeneration, glaucoma, Alzheimer’s disease, cardiovascular disease and stroke risk.

Abramoff envisions a future for health care in which AI has a prominent role for improved patient outcomes as well as an industry within itself. He has a computer science background, a degree in AI, and is a practicing retinal specialist. Although a seemingly unusual combination of interests, Abramoff’s professional journey reflects a potential new path for ophthalmologists. In much the same way that changes in health care models led to physicians seeking second degrees in business, the mainstream incorporation of AI into practice could lead to new career paths.

“There are so many aspects of the company that I am currently involved in that I never expected to encounter 30 years ago when I said, ‘Let’s see what an algorithm can do with an eye condition,” Abramoff said. “There are all of these unexpected elements, and it is extremely surprising to me how big the idea has gotten. It is essentially a new industry that is just starting.”

Part 1 in a series on AI in ophthalmology

Learn about approaches and uses for AI in ocular medicine through an online educational event with live and recorded presentations and panel discussions, a video showcase and discussion forums.
View the article on artificial intelligence in ARVO's journals