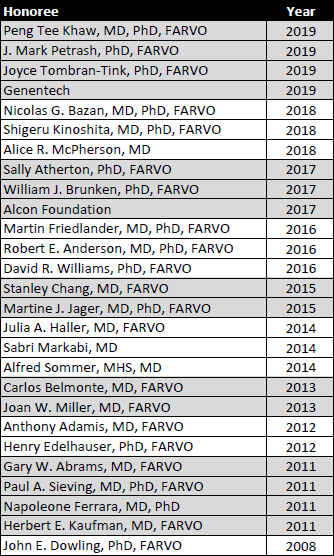 “The problem was that no one knew what ‘AFER’” was,” he says, referring to the ARVO Foundation for Eye Research’s original acronym. “You’d ask ARVO members, ‘What do you think of AFER?’ and they would respond, ‘What’s AFER?’”

The first event, held the Saturday evening before the Annual Meeting, was called “An Evening Among Friends” and guests were invited to attend in Dowling’s honor. There were about 85 guests in attendance and more who had made a contribution in lieu of attending. Additionally, the ARVO Foundation launched at the first event the Dowling Society, a giving circle for those who donate $10,000 or more. Fourteen inaugural members were inducted that year, a first big step in engaging individual ARVO members directly in the ARVO Foundation’s work.

Nicolas G. Bazan, MD, PhD, FARVO, who succeeded Abrams as board chairman in 2010, had seen the potential of the event. “Nic had the vision that it could be more than just a one-time event – he really saw it for what it could become, and he had the personality to pull it off,” Abrams remembers. Bazan revived the event as the “ARVO Foundation and Dowling Society Gala Awards Ceremony and Dinner” in 2011 and designed the program to honor others who had made significant contributions to ARVO. Despite the two-year gap in event momentum, the second event grew to 200 attendees that year. 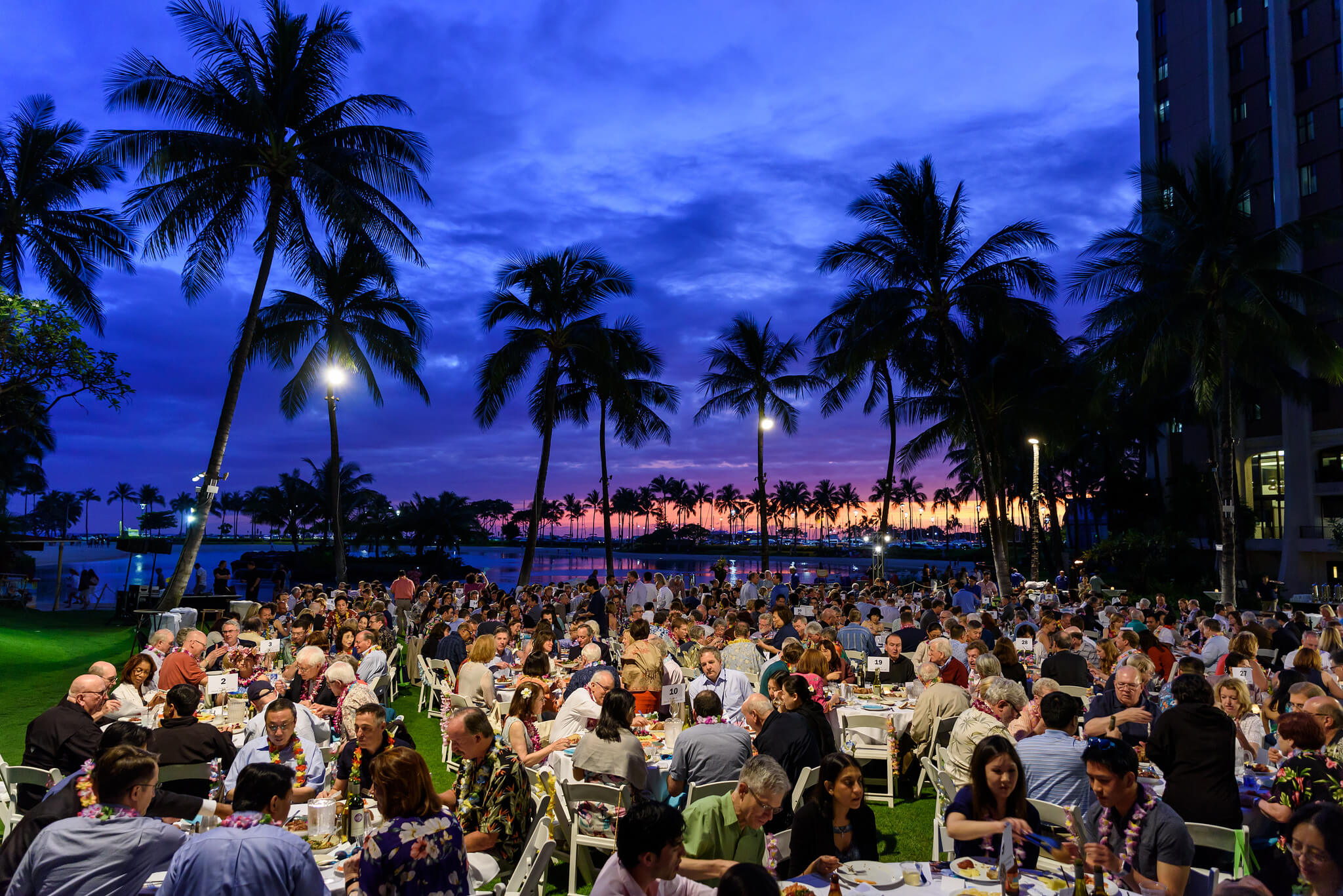 “It sure has been fun to watch this grow,” says Abrams thinking back on the last 12 years. He adds with a chuckle, “And no one says, ‘What’s AFER?’ anymore.”

Kick off the Annual Meeting with a night of drinks, dinner and fun with friends and colleagues that benefits the ARVO Foundation
Named after John E. Dowling, PhD, FARVO, the prestigious Dowling Society recognizes individuals for their significant financial support towards eye and vision research.
Learn more