Exceed your own expectations

From undergraduate student in Venezuela to running a glaucoma research lab at University of Montreal, Adriana Di Polo, PhD, has blazed a path toward saving and restoring sight to glaucoma patients. She shares her experience as both mentee and mentor, the importance of keeping calm and getting the job done and advice to women just getting started in their career in research. 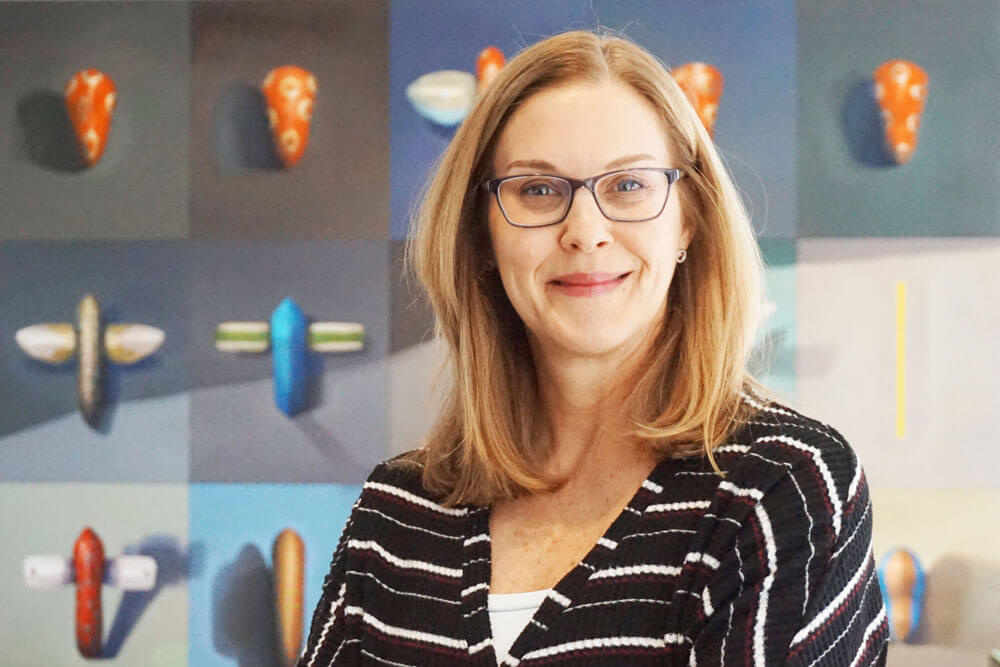 What was your inspiration for becoming a researcher in the field of ophthalmology?

As far back as I can remember, I was fascinated by vision and by our ability to perceive the world though our eyes. My father is a visual artist and I grew up surrounded by compelling works of art. Humans not only rely on vision for survival but also to enjoy and appreciate beauty.

As an undergraduate student in Venezuela, I was eager to learn as much as I could about the visual system and the retina. When I had the opportunity to join Deborah Farber’s laboratory at the Jules Stein Eye Institute (UCLA) to work on my PhD in photoreceptor biology and retinal degeneration, I felt I had hit the jackpot. During my postdoctoral training, I was fortunate to work with Albert Aguayo (McGill University), a pioneer in axonal regeneration and repair in the central nervous system. It was then that I focused on retinal ganglion cells, the neurons that die in a number of optic neuropathies including glaucoma.

Through stimulating interactions with members of the glaucoma ARVO community, I became increasingly involved in glaucoma research. Today, my laboratory’s major mission is to understand mechanisms of neurodegeneration and neuroprotection in glaucoma. Inspiration continues to come from many sources, notably the drive to advance research toward the development of better therapies to save and restore vision in glaucoma patients.

What have been some of the highlights of your work?

A highlight of my early career as an independent investigator was the finding that the survival effect of the neurotrophic factor BDNF on retinal ganglion cells could be remarkably extended when combined with upregulation of its receptor (TrkB) using gene therapy. This approach is now being developed as a neuroprotective gene therapy strategy for glaucoma.

Since then, there have been many exciting moments including the identification of key signaling molecules that promote ganglion cell survival and/or regeneration and the characterization of glia-mediated neuroinflammatory pathways leading to neuronal damage in glaucoma.

More recently, our work revealed that glaucoma displays signature pathological features of Alzheimer’s disease, including tau protein accumulation and altered phosphorylation that promote ganglion cell death. About 10 years ago, we put forward the idea that ganglion cell dendrites and synapses undergo important pathological changes in glaucoma. Today, our laboratory and many others are actively working in this area of investigation.

As a member of the ARVO Annual Meeting Program Committee (AMPC), I had the opportunity to organize a minisymposium in 2016 on ganglion cell dendrite pathology and synapse loss in glaucoma. It was a thrill to put together a session with such tremendous scientific content and high-quality speakers, as well as to see such a positive turnout for what I believe is a critically important topic for the field. Beyond scientific breakthroughs, a personal highlight for me has been the opportunity to work with outstanding individuals in the capacity of mentor, colleague or mentee.

What can you tell us about the research project you are working on now?

Supported by the Glaucoma Research Foundation and the Canadian Institutes of Health Research, we are investigating strategies to promote retinal ganglion cell dendrite and synapse regeneration. When we started this project, we quickly realized that although a large number of studies had focused on ganglion cell axon regeneration, almost nothing was known about the ability of these neurons to regrow dendrites and reestablish functional synapses after injury. This is a critical issue because pathological disconnection from other neurons can lead to persistent functional impairment and accrued ganglion cell death in diseases such as glaucoma.

We recently identified a powerful strategy that promotes ganglion cell dendrite regeneration and restores retinal circuit function, findings that are currently under revision for publication. Another exciting ongoing project in my laboratory is the study of cellular and molecular mechanisms that underlie microvascular dysfunction. In recent years, with the advent of more powerful imaging technologies, it has become increasingly clear that there are important vascular deficits in glaucoma. We now aim to understand how capillary dynamics are disrupted and what can be done to restore balance in the system with the ultimate goal of preserving vision in glaucoma.

What has been some of the best advice you received as a young woman scientist?

I have received my share of good (and bad) advice during my career. I will always remember when I submitted, together with my mentor, Deborah Farber, the first paper resulting from several years of my doctoral work to the Proceedings of the National Academy of Sciences USA (PNAS). The paper was rejected flat and came back with a long list of harsh reviewers’ criticisms that amounted to at least six months of additional work. Needless to say, I was devastated. I recall Deborah telling me to keep calm and to get the job done. I worked relentlessly at the revisions and, many months later, my paper was published in PNAS. I learned to never let setbacks discourage me, to never give up and to get the work done.

I was also fortunate to train with Albert Aguayo, my postdoctoral supervisor, who encouraged me to think outside the box, and to be original, forward-thinking and bold. Beyond advice, I have learned from example. I watched successful scientists very carefully and took note on what worked and what did not. I then integrated the best ideas and practices into my own unique scientific lifestyle.

What advice would you give to women who are considering or are just getting started on a career in research?

What's next for you professionally?

I will continue to be actively involved in ongoing projects in my laboratory and the development of new ideas in glaucoma research. I look forward to consolidating and establishing collaborations that will allow us to move the most promising findings to the clinical realm.

A big part of my job these days is to mentor and guide young students and postdoctoral fellows as they try to define and reach their career goals. I have just begun a three-year appointment as a member of the Women in Eye and Vision Research (WEAVR) committee. This is as a wonderful opportunity for me to be part of concerted efforts to facilitate networking and provide guidance to women pursuing careers in the visual sciences. JJ