Journal of Vision (JOV) is ARVO’s open access, online only, peer-reviewed journal dedicated to the study of functional vision.

What is functional vision?

This is the actual process of seeing, not the physics, chemistry, biology or clinical conditions of the visual apparatus, but the processes, algorithms and representations that allow humans, and other animals, to transform light into sensory experiences and knowledge about the world. The primary methods of functional vision science are neuroscience, psychophysics and modeling. Neuroscience, because we seek to understand the neural pathways and computations that underlie the visual process; psychophysics, so that we can understand the connections between the visual stimulus and visual experience; modeling, so that we can tie all the data together in working, testable conjectures about how vision works. Among the topics that are addressed by the journal are color vision, spatial vision, temporal sensitivity, motion perception, eye movements, attention, face perception, object perception and perception and action.

Leader in the field

Launched in 2001, JOV was ARVO’s first online, open access journal and what followed was a tumultuous, but wildly successful first decade. In the years since, JOV has confirmed its position as the leading journal in functional vision, surpassing its peers in impact factor, H5 index and other metrics. JOV publishes approximately 300 papers per year and has a rejection rate of around 0.5. Our authors are geographically diverse, with US, Germany and the UK leading with 27%, 15% and 7% respectively.

JOV has recently opened or completed several very successful Special Issues. Their titles give a sense of the broad range of topics that are of interest to our readers and authors, including: Vision and Information Visualization, From Peripheral to Transsaccadic and Foveal Perception, Crowding: Recent Advances and Perspectives, Deep Neural Networks and Biological Vision, Advances in Perceptual Learning, Computational Models of Early Vision and Prediction in Perception and Action.

The future of JOV

As we approach the 20th anniversary of the Journal of Vision, I am reminded of our founding motto: “Be Free, Be Everywhere, Be Forever,” embodying our fundamental goals of open access, universal accessibility and archival permanence. With those same goals, and the goal of scientific excellence, we look forward to the next decade.

Andrew B. Watson is founder and Editor-in-Chief of ARVO's Journal of Vision. Currently chief vision scientist at Apple, he previously served as senior scientist for vision research at NASA Ames Research Center in California where he worked for 34 years. Watson's research focuses on computational models of early vision, including spatial, temporal and motion processing, as well as models of neural processing and visual pattern classification. He also works on the application of vision science to imaging technology. 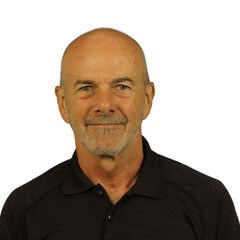 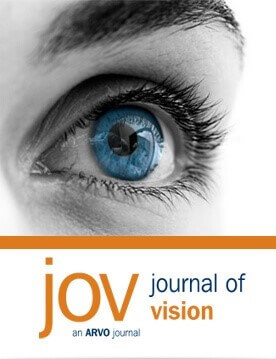